I've been absent from the public eye for nearly four months, involved one of the most comprehensive examinations of voting information since 2005. I analyzed a sequential set of 80 voter history lists, 1,000 electronic poll book reports, a dozen master electronic poll book records, 50 participating voter lists, internal worksheets on purges, transaction logs for updates and changes in voter lists, user guides, correspondence and staff training materials. The findings will help citizens oversee the 2012 election. My five-part report for citizen oversight of WHO CAN VOTE / WHO DID VOTE will be released at http://www.blackboxvoting.org, one major report per week, throughout the month of September 2011.

Four things the public must be able to see and authenticate:
1. Who can vote (the voter list)
2. Who did vote (participating voter list)
3. Chain of custody
4. The count

In what I believe is a truly pioneering evaluation, I'm going to take the public inside crucial parts of the voter list system -- the lists that dictate who can vote, and the lists that report who did vote (the crucial check and balance which MUST MATCH the number of votes cast.)

In 2008, actor Tim Robbins went to vote in the presidential election and was told he was not registered. Only after repeated and firm assertion that he had registered to vote, and a considerable delay, was he allowed to vote. What happened? I have uncovered data that shows exactly how this situation can happen, and why it is likely to happen again in the 2012 presidential election unless simple steps are taken to resolve a widespread issue.

In Wisconsin, citizens who checked their voter records found them to be inaccurate. The histories reported that they had not voted in elections when they had; that they had voted absentee when they had not. (But who cares?) Your voter history is used to determine whether to keep or purge you from the rolls. Your vote method history (absentee, early, at polls) needs to MATCH the election results record. In other words, the number of absentee votes must MATCH the number of people in the voter history who voted absentee. Inaccurate voter histories will produce wrongful purging. Participating voter lists that don't match number of votes violate one of the most crucial safeguards against vote count tampering.

Voter lists have to be updated, with changed addresses and so forth; how do such actions put you at risk for wrongful purging? I have located specific areas where procedural protections need to be added in order to prevent voter updates from producing wrongful purges. And what about "rightful purging"? The Help America Vote Act required cleansing of voter lists, which became a controversial political talking point. I'll show you just how cluttered with duplicates the voter lists had become, and the immense job it was to clean them up.

When then-US Representative Cynthia McKinney (later 2008 Green Party candidate for president) requested to examine the list of who voted in her 2006 congressional election, she was never given a thing. They used electronic poll books and no one seemed to know exactly what the poll list would look like. I have obtained approximately one thousand electronic poll logs, along with their accompanying master files. I will show you exactly what they look like, what to ask for, how to examine them, what safeguards are crucial to reduce risk with electronic poll books, now widely used in the USA.

Are there any problems with the software design in the ES&S/Diebold ExpressPoll system? (You betcha.) As they say, humans err but a computer can REALLY mess things up.

In absentee voting locations -- and over 25 states now have no-fault absentee voting -- inaccurate "who voted" lists offer a direct connection to vote stuffing for insiders willing to exploit the lists.

I have been frustrated over the past few months because the unexpected and massive "data dump" I obtained delayed the production date for three public education videos. They will still be delivered, before the end of this year. I think you will agree that the September reports are of sufficient importance that the delay on public education videos will turn out to be worth the wait. (And this information will be incorporated into them.)

I found it impossible to keep up with Web site postings and emails during the data examination, which maxed out my mental bandwidth. Now, however, I think citizens will be able to tackle issues with stuffing, purging, double voting, and ghost voting with a much better understanding of how the system works and what to do.

My usual process is to examine information, then publish a report. For the first time, I decided to meet with an election commission to provide a preview of findings BEFORE publishing the report, to see if this will produce more constructive action. I traveled to Memphis to meet with all five members of the Shelby County Election Commission last week.

I'll admit, I worry whether this approach will help or hurt. We will find out over the next two months whether a less adversarial approach can work in 2012. Will we see truly public, truly transparent, specific solutions which hold people accountable and get at underlying causes to correct them, along with full compliance with open records to let the public see and authenticate? Or will we see circling of the wagons, a focus on discrediting the messenger, partisan politics and generic reassurances?

Let's watch this unfold. It will tell us a lot about what to expect and how we can all approach things in 2012.

More in a few days; it's good to be writing again!

The upcoming reports would not have been possible without the help of Susan Pynchon, of Florida Fair Elections Coalition; Kathleen Wynne, who played a behind the scenes but crucial role; a group of special technical friends, and the inspiration and example set by Shelby County Election Commissioner George Monger. Black Box Voting was kept alive during this quiet period by our loyal donors, and particularly by one donor (you know who you are), who knew of this project and helped us survive.

Charting the future of democracy

Take this easy 10 question political quiz to find out where you stand,
The Advocates.org 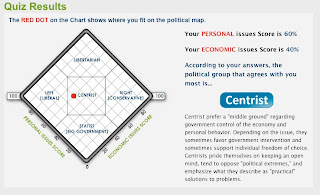 Then take the Coffee Party 60 question Quiz to get a graph of where you stand.
Coffee Sphere 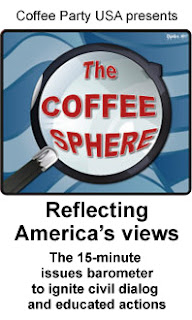 Contract for the American Dream

How to build a democratic movement by MoveOn.org.